Few of the famous heritage places are mentioned below

This is one of the first World Heritage places in India which was declared in 1983.These are first Buddhist cave monuments which belongs to period of 2 Century B.C. Few other richly decorated caves were added during Gupta period during 5-6 A.D century. In total there are 30 rock cut caves, the paintings and sculpture of which are considered masterpieces of Buddhist religious art.

Interesting fact about this is its original name is untraceable even today and its name is derived from neighboring village, the local pronunciation of which is Ajintha. Jataka tales, consisting of narratives related to different incarnations of Buddha, form an abundant wellspring for a magnificent project of the scale of Ajanta.

These caves are near Aurangabad in Maharashtra and its monuments are dated from A.D 600 to 1000. These monuments and sanctuaries are devoted to Buddhism, Hinduism and Jainism. This is the most visited ancient monument in Maharashtra State. Many of the caves are given special names like Maharvada cave, Carpenter Cave, Dho tal, Tin Tal etc. This place has 34 monasteries and temples together with 15 meters tall Buddha statue.

This place which almost 100 km away from Patna is important religious centre for the Buddhist as at this place Lord Buddha attained enlightenment. There are many Buddhist monasteries, temples and monuments which reflect historical and religious purpose of this place. These include Bodhi tree, Bodhi Sarovar, Mahabodhi temple, Durgeshwari temple. 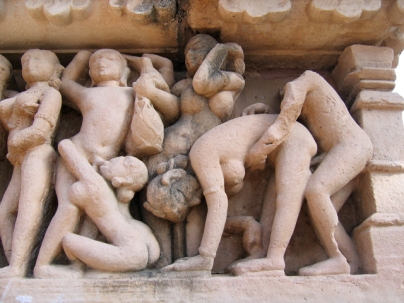 It is located in Madhaya Pradesh and is one of the important heritage places. It is famous for Hindu and Jain temples. They are known for ornate temples and Nagara Style. These were built in Chandella dynasty and every ruler built one temple in his life time. The kandariya temple is the most prominent temple. Now at present 25 temples still survive out of 85.

Hampi is a ruined village with great architecture.This place if full of monuments, great temples, splendid palaces, market streets and several other manmade structures. This small village is almost equivalent to open museum of history and architecture. There are several interesting sites like Vittala Temple (most appealing structure with SAREGAMA pillars), Virupaksha temple(oldest temple I Hampi), kadalekalu Ganesha, Krishna Temple, Hazara rama Temple( Relics of Ramayana are there) and few more are there.

This is on the shores of Bay of Bengal and temple is representation monumental representation of the sun god Surya’s chariot; its 24 wheels are decorated with symbolic designs and it is led by a team of six horses. It was built in 13th Sanctuary and is most famous Brahman Sanctuaries.

* Taj Mahal – one of the seven wonders of world built between 1631 to 1648 by Mughal Emperor Shah Jahah. It is jewel of Muslim Art.

*  Fatehpur Sikri- It is complex of monuments and temples built in uniform architecture style by Emperor Akbar in 16th century. Buland Darwaja and Diwan-i-khas are some important parts.

* Agra Fort- This is called Red fort of Agra. It has many fairy tale palaces Jahangir palace, Khas Mahal.

* Qutb Minar- it is a red sandstone tower built in 13th Century which is 72.5m high. It has the oldest mosque of north India named Quwwatu’l-Islam built of materials reused from some 20 brahman temples.

* Red Fort-It is one of the most popular UNESCO World heritage places. One can see the blending Indo-Islamic, Timurid , Hindu and Persian forms of architecture. 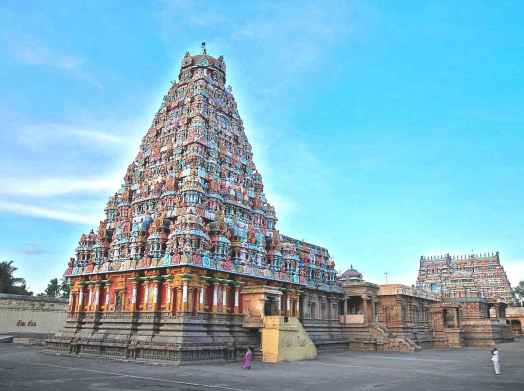 This is famous for chola architecture, sculpture, painting and Bronze casting.

There are other heritage places like Buddhist monuments at Sanchi, Elephanta caves, Western Ghats, Manas wildlife Sanctuary, Kaziranga National Park and many more.

Get free quotes of India tour, fill the form: https://www.parbhattravels.com/booking_form.html

Parbhat Travels is the nimble flourishing Travel Agency based at Delhi and Thailand. We are in Tourism Business since 2009 and offering best services to our clients. View all posts by Parbhat Travels